Badass Dad Clan is proud to commence the Hall of Fame, a series of articles celebrating the amazing fathers in the Badass Dad Clan. These guys are totally winning at the Dad game and we wanted to share their stories, so without further ado i give you our first Hall of Famer: 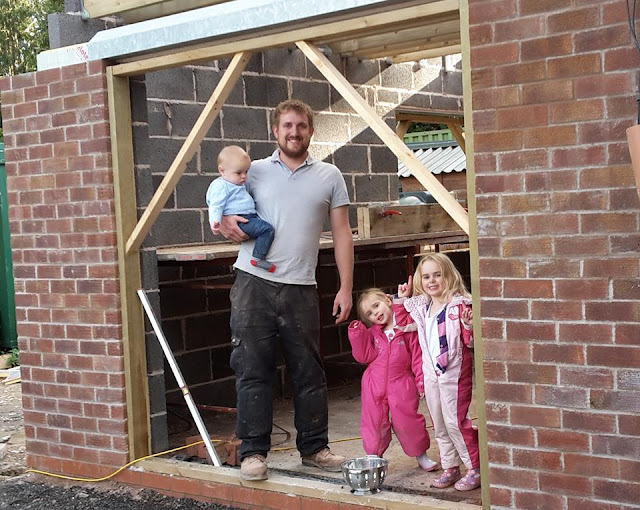 Who is this Marvelous Man?

My name is Kev Alviti, I’m a carpenter joiner by trade, but currently I only do that at the weekends and school holidays, during the week I’m a stay at home dad. I married to a wife who is a teacher and have three children, two girls aged four (nearly five) and three and a baby boy who is nearly one.
We live in rural Herefordshire and due to a combination of hard work, timing and luck we managed to buy a smallholding of five acres where we try to be as self-reliant as possible and growing as much food as we can. We rent a bit of land next door as well so we’ve got around 30 sheep and 20 something chickens, I grew up on a farm so I like to pretend I know what I’m doing...

I also blog over at An English Homestead

What is your favourite father/child activity?

Anything outdoors really, the girls love gardening with me and save nearly every seed out of what they eat, to grow in the garden. They love sowing seeds and harvesting anything they can, as well as digging, lots of digging. My youngest daughter could recognise carrot tops from about 18 months and would happily pull them when I wasn’t watching!
They also love helping me with the sheep, give them a shepherds crook and they think they’re a couple of warrior princesses, happily chasing something twice their size. 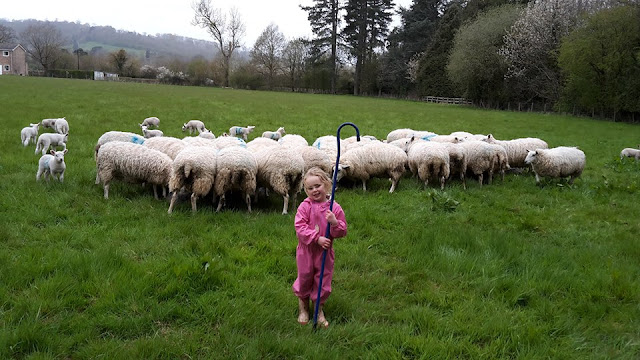 The greatest challenge of being a father is...

It’s one of those jobs where everyone will comment if you’re getting it wrong, but no one bats an eyelid when it’s going right.
Also there are times when you know you’re reacting wrong, or doing it wrong and you seem powerless to change what you’re doing.

Knowing what you know now, is there anything you would do differently as a parent?

There’s a phrase where they say your first child gets your best and worst of you. I think that’s certainly true, I think I’m far more laid back about it all now (although I’m was pretty laid back to start with).
I’d try not to worry about trying to get loads done each day, getting to the end of a day can be achievement enough sometimes. I’d set myself a big list of goals and feel crap when I didn’t get them all done. If I keep everyone alive until the end of the day I count that as a win now. 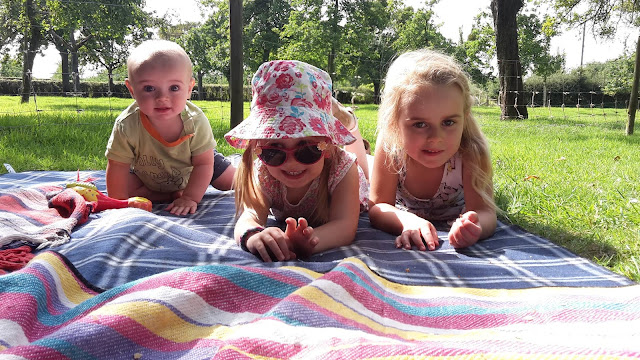 What is your most treasured moment with your child/children so far?

There’s been so many it’s hard to choose.
I think delivering my son on the bathroom floor with just my wife and me there has to be pretty high on the list, such an emotional moment and an amazing thing to share with her, not saying it’s something I want to repeat any time soon though!
Best of all I get to say the phrase “I brought you into this world boy, I can take you back out…”
All the births were amazing and emotionally charged though; it always feels like a massive gamble with everything you love at risk.
Also just some of the words of wisdom I get from my girls sometimes, sat round a fire outside a few months ago my younger daughter was getting restless and went inside, my eldest turned to me and said “Is it alright if I stay out with you and watch the fire go down daddy?” She was just happy being there with me. 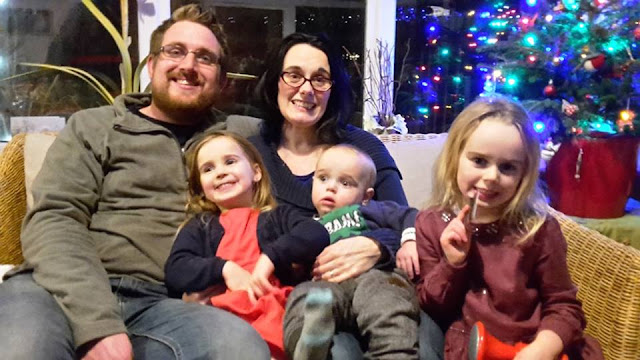 What advice would you give to new first time fathers?

Don’t sweat the small stuff.
A dirty baby grow never hurt a baby, neither did a bit of crying. I remember when I used think any sick or poo on my jeans would mean I’d change them, now I think how much until I should change them!
And sex. I’m someone that has quite a high libido, like many men, but you know a new mothers head is in a different place. When we had our first child I think I pushed for sex far too soon and probably caused arguments. Yeah you’re going to feel neglected but just sort yourself out, in a few months things will be back to normal (ish – children know hot to wreck it all and you’ll hear a cry coming from the nursery just before the short strokes…).

What do you have to say about Badass Dad Clan?

I’ve been really enjoying it. Seems like a group of proper men with some great and different life experiences. Unlike some groups I’ve seen where you can almost hear people tutting in the background, all the advice seems genuine and not judgemental which I think is what is needed. There’s so many groups out there for mothers it’s about time we had something descent for ourselves.
Some pretty funny stuff on there as well!

It's been awesome hearing from Kev, what a Badass Dad! Thanks for taking the time to get involved.
If you have what it takes to be featured then get in touch, we'd love to showcase you in our Hall of Fame!
Posted by Tricky Wolf at 15:12

Email ThisBlogThis!Share to TwitterShare to FacebookShare to Pinterest
Labels: Hall of Fame